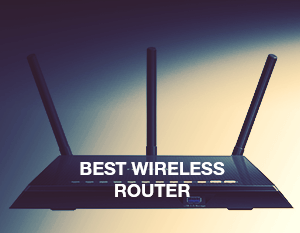 If you’re shopping for a new wireless router in 2018, there are hundreds of options to choose from. Weeding through all these products to find the very best to meet your needs can be tough. Luckily, we are here to do all the heavy lifting for you.
Many people are embracing the concept of a smart home, so which new wireless router is best? We have sifted through hundreds of products and put many to the test to find the best across several categories.
Understanding online routers is easy. Often, customers get weighed down by technical jargon that means little to most people. Here we keep the technicalities to a minimum and simply provide the information you need to know when looking for the best wireless routers of 2018.

Fantastic for large spaces and multi-storey buildings, the AC1900 Dual Band is an all-round winner 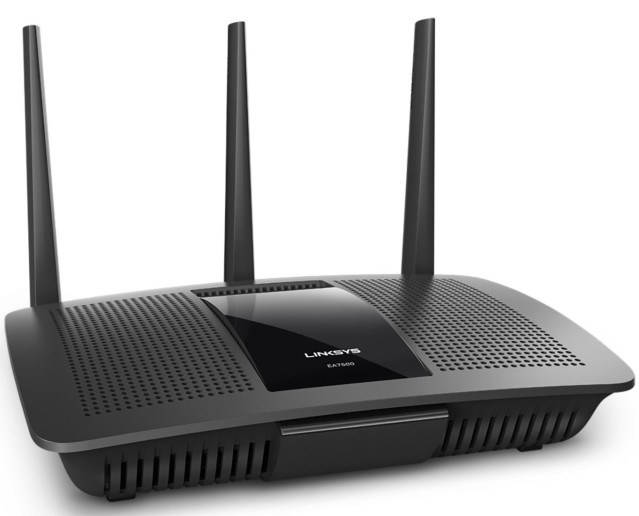 Families living in large homes will probably have many people and multiple devices joining a network simultaneously. In our tests, the Linksys AC10900 Dual Band Wireless Router is an excellent choice for high traffic Wi-Fi. You will be able to connect up to 12 devices, which should be enough for smartphones, PCs, tablets, smart home devices, and TVs.
The AC10900 Dual Band Wireless Router comes with Beamforming technology to focus signal specifically toward devices as opposed to just sending out a widespread signal – an important addition because it means each user gets a dedicated stronger signal. Linksys achieves this using Multi-User MIMI technology to allow simultaneous streaming at fast speeds.
Speeds of 600Mbps are delivered through the 2.4GHz band, while 1300Mbps is sent through the 5GHz. Users wanting to be more hands-on in Wi-Fi management will find the AC1900 slightly limited in terms of settings.

Packed with leading specs and perfect for streaming high-resolution content

Nothing is worse than being midway through a Netflix marathon only to see your favorite show get stuck in a loading cycle. If you stream lots of content in high resolution and require super-fast Wi-Fi delivery for other internet needs, the NETGEAR Nighthawk X10 AD7200 should be top of your shopping list. However, there is a major caveat with this device, namely its excessive price. If you can get this WiFi router for under $400 you can consider yourself lucky.
Although, you do get the very best tech for your money. This router is full to the brim with the best in networking technology, such as 60GHz 802.11ad, Multiple Output (MU-MIMI) streaming, Multi-User Multiple Input, and 160MHz Wi-Fi technology. This is a rare home router to feature all of those specs together.
In testing, the NETGEAR Nighthawk was the fastest 5GHz range router we’ve tried and is very close to 1Gbps in 60GHz tests. That kind of performance means streaming is a joy, with high-definition audio and comfortable video streaming, provided your Wi-Fi package is high enough. 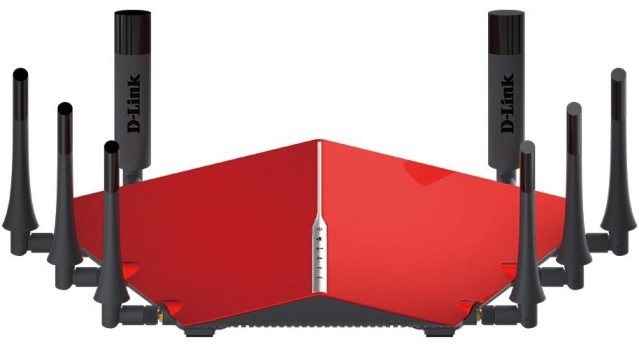 Home routers are multitasking devices these days. No longer are they used for a quick internet session; they need to run multiple devices and even support intensive productivity as more people work from home. Transferring files through speedy internet is an absolute requirement for computer technicians and for at-home businesses.
In our tests, the D-Link AC5300 Ultra proved to be the best performing home business router thanks to its stunning file transfer capabilities. The wireless router is ready out of the box with all three bands set up: 2.4GHz and both 5.0GHz bands. Thanks to a feature called SmartConnect, the router will automatically find the appropriate band for the devices in use.
As always, the hardware you use will factor into throughput speeds, but the AC5300 is definitely in the 1Gbps ballpark over the 2.4GHz band. This is a top performer that will comfortably sit in one room and cover a large home. Coverage is excellent and spreads across the 17,000 sq. ft. (outdoors) we tested and would probably cover more. 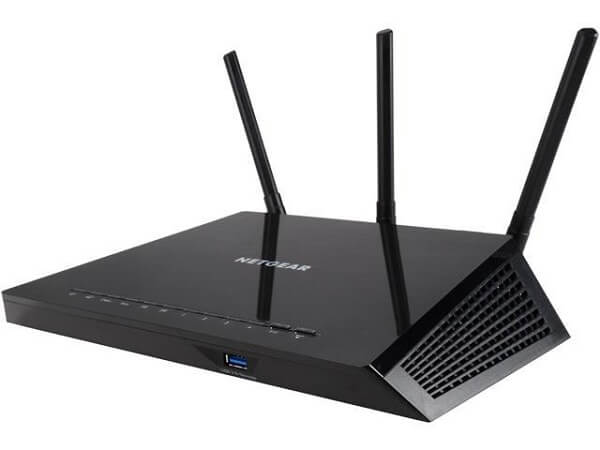 While some people need the bells and whistles of a hugely expensive and feature-rich wireless router, most customers want something to simply meet their everyday needs. For casual web browsing to the occasional stream, there are affordable routers on the market that get the job done.
In our tests, the NETGEAR AC1750 Smart Wi-Fi Router is the best of the sub-$100 bunch. That’s partly thanks to NETGEAR throwing in some features found in its more expensive models. Specifically, Beamforming+ technology focuses dedicated Wi-Fi signals to devices to reduce dead spots. It means your devices will get the maximum potential signal available.
Of course, at the lower price range you also get lower performance. That said, the average home internet user (the kind who streams sometimes, downloads sometimes, and browses sometimes) will find the capabilities more than good. 450-1300Mbps speeds are good enough for most casual wireless router users. 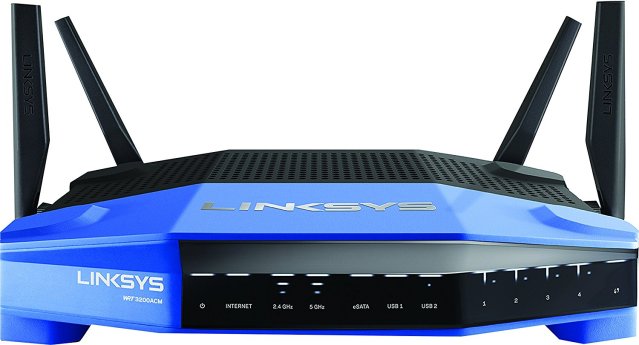 No one wants to play games on their own anymore, instead taking to the internet for a more engrossing online multiplayer experience. Playing graphically intensive games on full servers requires a router capable of maintaining consistent Wi-Fi performance. The Linksys WRT32X is a best-in-class gaming router that meets those demands.
Like many other wireless routers, the WRT32X has device prioritization technology, but it takes it a step forward. Linksys has included the Killer Prioritization Engine (KPE) from Rivet Networks. This matches the router with a device that also supports KPE, like products from gaming giants such as Alienware. The router will automatically pick up the hardware and provide network priority to the device. If you’re 4K gaming, you will understand how valuable the dedicated network performance can be.
In our 2.4GHz throughput tests, the WRT32X was blisteringly fast and was also excellent during file transfers. It did struggle more in terms of 5GHz and MU-MIMO performance compared to some rivals in the market.

Innovative connections with built-in smart features for a connected home. This, folks, is the future. 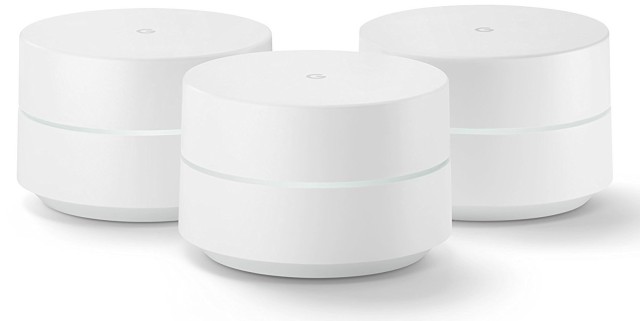 The device revolution has been happening for most of the last decade.
Google is among the front runners in smart home technology and the company wants Google WiFi to be the wireless router of choice for this revolution. To put it clearly, Google WiFi is the easiest router we have set up – it takes literally seconds to get this thing up and running. It is also comfortably the best-looking router. Even the most aesthetically pleasing traditional routers are a monstrosity of antennas, wires, and ports. Google has simplified and created something that looks a little bigger than a hockey puck. You won’t be trying to hide this behind books or a photo frame on your desk.
Available in a pack of three or a single unit, Google WiFi acts as a single router or a router and range extenders. Using three units, Google says you can cover 4,500 square feet. This is a smart device so can be controlled from a free application on Android and iOS devices. Sure, this is hardly new technology among modern routers, but Google will clearly have plans to extend its smart features. Expect deeper integrations into Android and the company’s smart home voice controlled speaker in the future. Yes, you will probably be controlling Google WiFi by voice!
Google WiFi proves adept at pushing out the fastest speeds form our Wi-Fi connection. Using multiple routers is helpful because we were able to extend 4K streaming quality to multiple rooms. Distance is less of a barrier when you can strategically place units around a home.

A router is not just a device that has to have a powerful signal to provide you with stable internet coverage all over your home, but a detail of your house’s interior as well. Any of the listed routers will become great solutions for both tasks. Check out other cool gadgets to digitize your home if you want to add the additional touch of technology to your place.