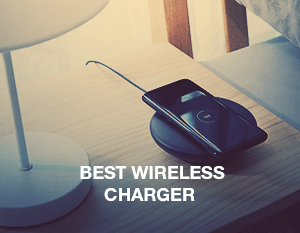 Wireless technology generally moved more slowly than the overall tech revolution that happened over the last 20 years. People have become used to a multi-device lifestyle and have had to contend with wires – lots of wires. This was frustrating for smartphones as chargers were often flimsy and could break easily.
Wireless chargers have emerged in recent years and have changed the game. These small devices allow you to charge a smartphone on a desk, on your bedside table, or anywhere you want – all without a wire. Android OEMs like Samsung have been dabbling in wireless charging for a few years, but like many aspects of the smartphone world, it took Apple to spark the market into life.
The company’s iPhone 8/iPhone X launched last year and allowed Apple to embrace wireless charging for the first time. Manufacturers have backed the launch with a fresh wave of peripherals. We have compiled a list of the best wireless chargers of 2018, including the most adaptable, powerful, and compatible chargers available. 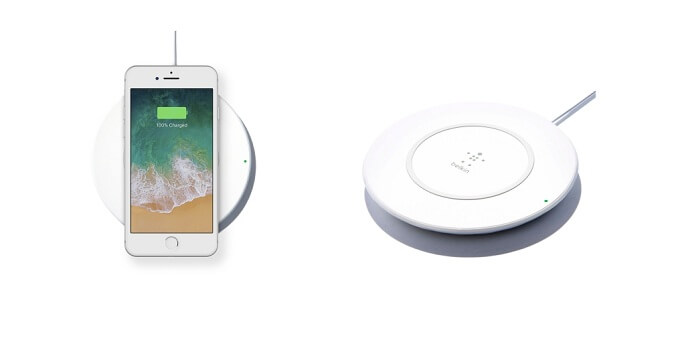 Apple’s influence on the wireless charging market is evident in the Belkin Boost Up Wireless Charging Pad. This was built in official partnership with Apple for the iPhone 8/iPhone X. However, all you Android fans out there shouldn’t worry as the Boost Up works with any device that supports Qi wireless charging.
This charger supports charging through a case, up to 3mm thick, and offers fast charging capabilities for new iPhones running iOS 11.2 and above. Again, this is oriented for iPhones, but it works excellently for any wireless charging device you may have. If a small footprint is something you require, there are better options as the Boost Up is a little larger than others on this list.
Our Rating: 9 / 10 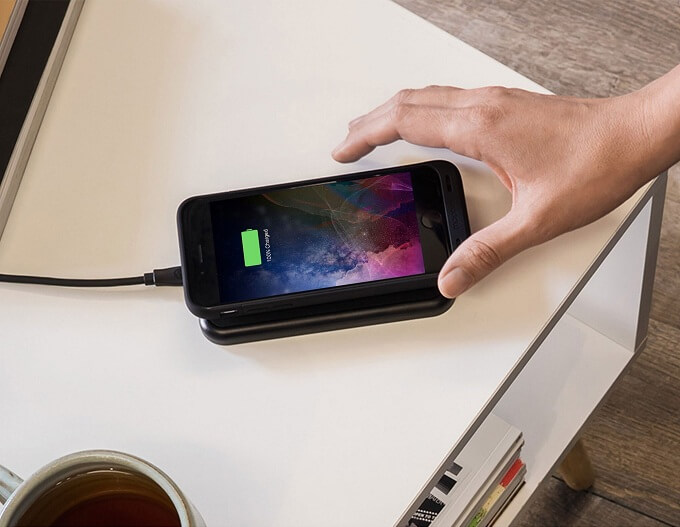 Mophie was another company that backed Apple’s foray into wireless charging, but it is the previous Charge Force wireless charging base that remains an interesting choice. The base supports any Qi wireless compatible device, with up to 1.0A charge speeds for fast charging capabilities.
The obvious thing about the Charge Force is it is very much a base. This is a large wireless charger that is unlikely to serve as a portable solution you take in your bag. Instead, the Mophie Charge Force is a good alternative for a bedside table or a desk when you are working. Size is obviously a disadvantage, but we do like the length of the power cable, which is above average.
Our Rating: 9 / 10 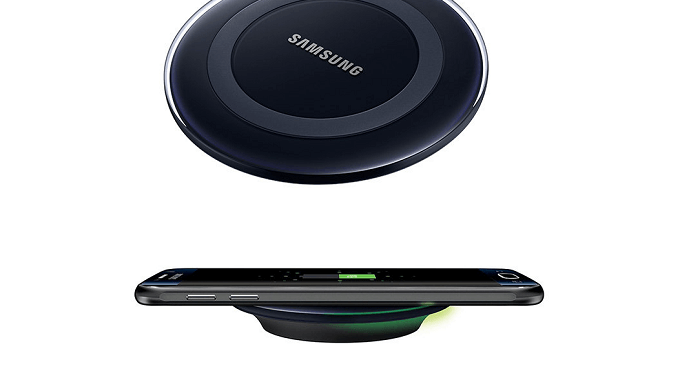 Samsung was among the first smartphone vendors to embrace wireless charging, entering the market long before great rival Apple. Yes, this is a proprietary charger from Samsung, but the Wireless Charging Pad works with any Qi wireless-compatible device.
Available in white or black, the charging pad is a sleekly designed charger that feels excellently built. Charging is consistent and multiple devices are supported. As an affordable and easy-to-carry charging solution, the Samsung Wireless Charging Pad is an excellent choice.
It does have some problems, the chief of which is a lack of fast charging support. Interestingly, for a slight bump in price, Samsung sells a wireless charging stand that does get fast charging. However, the stand cannot be folded into a flat pad. We would love to see a Samsung solution that combines the stand and pad into one single device.
Our Rating: 8 / 10 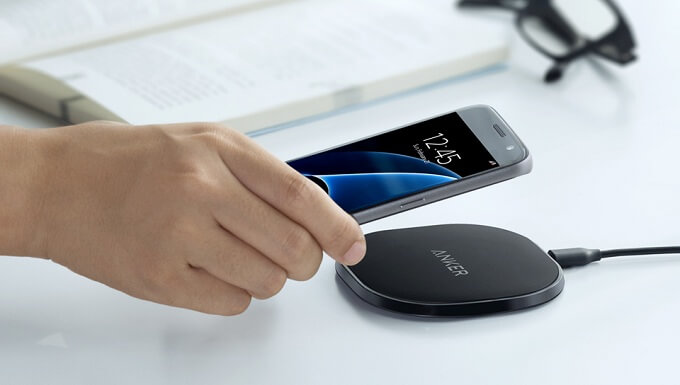 The Anker Wireless Charging Pad is one of the most affordable chargers in this list, but also one of the best looking. Despite its humble price, the device supports fast charging, so your devices will get to 100% twice as fast as normal.
Thanks to the inductive charging around the edge of the device, you can place your phone anywhere on the pad for it to start charging. This also makes it easier to place more than one device on the unit for charging. We would also like to mention the winning design of the Anker Wireless Charging Pad, which is wafer thin and has a pleasing LED strip around the edge.
Interestingly, we noticed the pad stopped charging when it reached 100%, instead of maintaining the full charge.
Our Rating: 8 / 10 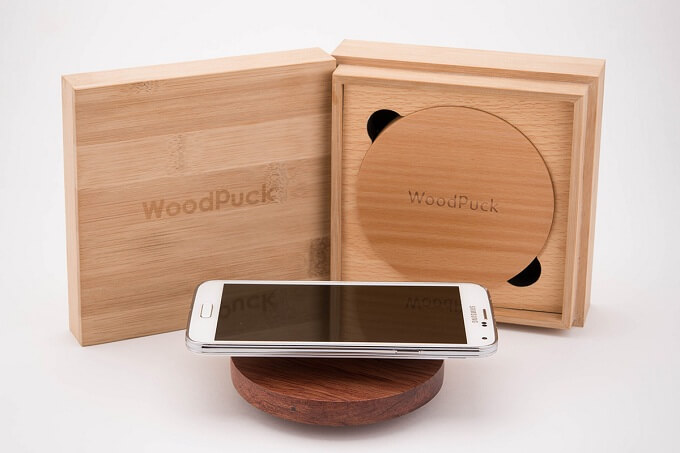 There’s something special about tech products made from wood; it’s probably the combination of innovative hardware mixing with an earthy material. Of course, effective products need to work as well as look good. That’s where the Fonesalesman Woodpuck strikes a perfect balance of cool design and winning technology.
Each Woodpuck is made from sustainable materials and its design is light and powerful. The feature we like the most on this wireless charger is its audible notification system. The Woodpuck will tell you when a device is charged with an audible sound. This is an excellent addition, but sadly Fonesalesman decided to remove the LED notification found in other charges.
If you are charging through the night, you probably don’t want a sound notification telling you when the charge is complete. In some circumstances, an LED notification is necessary, so we would like to see both LED and sound used on future Woodpuck models
Despite its stunning looks and strong features, the Woodpuck range misses out on fast charging support.
Our Rating: 7 / 10

The devices included in this list represent the best wireless chargers currently available. While some of them may have proprietary branding (the Samsung Wireless Charging Pad), all the products here work with any Qi wireless-compatible device. Users on new iPhones and leading Android smartphones are able to charge compatible devices with no wires attached. If you still prefer good old chargers with wires, the review of the best charging stations might be worth taking a look at.
It is worth mentioning that the CES in January 2018 saw companies prepare the next generation of wireless chargers. The market is moving away from nascent and manufacturers are becoming more ambitious in terms of design and features. Wireless chargers to look forward to later in 2018 include the iOttie iOn Fast Charging Pad, the Belkin Boost Up Bold, and the Nomad Wireless Hub. Apple is also entering the market in an official capacity with the AirPower charging pad, which will charge the iPhone 8, 8 Plus, iPhone X, AirPods, and the Apple Watch.