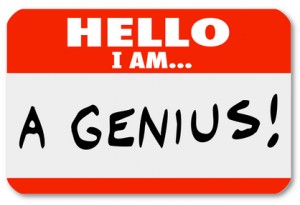 Lately, watching all sorts of TV series has become very popular. There are TV series that have already become legendary, like Game of Thrones, Friends, Lost and many others; there are sitcoms that can make you laugh regardless of your mood like Modern family or The Big Bang Theory and there are fantasy series that can take you away to other worlds like Grimm or Once Upon a Time. We all choose different series’ to follow, however there is one thing that is common to everyone: we all love the protagonists that remind us of ourselves the most. That’s why today we have decided to speak about our favorite computer geniuses from TV series’ that our team follows.

Felicity Smoak (Arrow)
No surprise here! Felicity is the first person we thought of when talking about this topic. She is a super smart IT specialist, devoted helper of Oliver Queen and such a nice, great lady. All the female workers of the computer sphere should totally look up to her. You go girl!

Elliot (Mr. Robot)
Elliot is a computer pro with social anxiety problems and hate for the corporations. This TV series is a new one, but from the first episode you are totally captivated by this character. Elliot is an outcast cyber security engineer in reality and a rebellious hacker wishing to destroy the Babylon from the inside. Elliot is the protagonist we were all looking for.

Charlene “Charlie” Bradbury (Supernatural)
Charlie is a tomboy and sweetheart computer genius who was even able to decrypt the Book of The Damned (and in Supernatural world that is a hell of an achievement by the way!). She is a fighter, an adventurer, and a truly devoted follower of Dean and Sam.

Jason Wylie (The Mentalist)
Jason is the type of guy we love a lot – a brilliant mind fighting on the side of justice. Working for the FBI, he was covering up and helping out in all of Patrick Jane’s sly tricks and swindles. Track a criminal? Check! Trace a call and analyze tons of digital data? Check! A perfect computer genius? Check, check, check!

Walter O’Brien (Scorpion)
Walter O’Brien, aka Scorpion, is a child prodigy who was able to hack into NASA computers to print out a scheme to put on his wall in his room. Walter differs from other listed geniuses since he is an outcast and not able to communicate with people in reality at all. However, he is helping the government to solve computer crimes and save the country and people, which is an honorable thing for such a sharp mind.

Alec Hardison (Leverage)
Hardison is a total sweetheart with highly impressive computer/electronic/gadget skills. He is capable of providing tech support in all the crazy scams of all his team. The Leverage crew steals from rich bad guys and helps out those who got into trouble because of these moguls. So we can totally refer to him as a Robin Hood of geeks.

Chuck Bartowski (Chuck)
Chuck is a childish and ingenuous geek that all of a sudden becomes a superhero and a secret agent of the CIA. In a single moment he turns into a spy with unlimited mind assets, however he remains in the Nerd Division team of the Buy More store and keeps on working with computers on an expert level.

Usually, TV series’ don’t show computer geeks and child prodigies as something to aspire to. However, each protagonist shown above is so awesome and amazing that we would love to be them for at least a day!