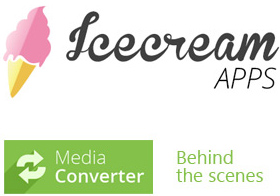 Software development is actually a complicated but super exciting process. First you have your initial idea that seems to be a very general one. Then you start improving it to the level where everything looks good and you are pretty much proud of the results of your hard work. Next comes the moment when you show your final version of so-far perfect software to your colleagues and you get tons of ideas of how to improve its functionality. And interface. And bug fixing. And more bug fixing. A lot of bug fixing, actually. So if you compare the first version of a program and its final ready-to-be-released version, we assure you they will not be the same program at all. From the pictures below you can see 5 versions of our first released software – Icecream Media Converter.

1st Version
Icecream Media Converter was the first project by our team software, so as you can see on the picture, the first version of the software doesn’t even have any connection with current branding. In general it looks extremely simple. At this stage there was a willingness to create a decent software to understand the further plan of how to work with it. 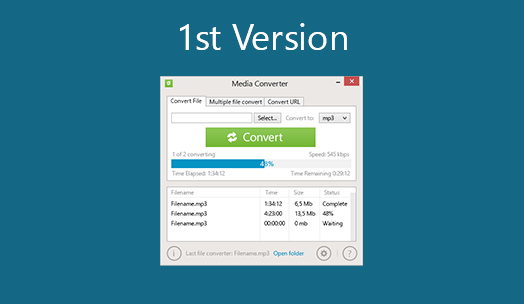 2nd Version
At this stage Icecream Media Converter starts to look like its final release version. Now it has a splash loading screen and a name on it. The branding is still on its way, but at this point we were having clear ideas of what should be done with this program next. 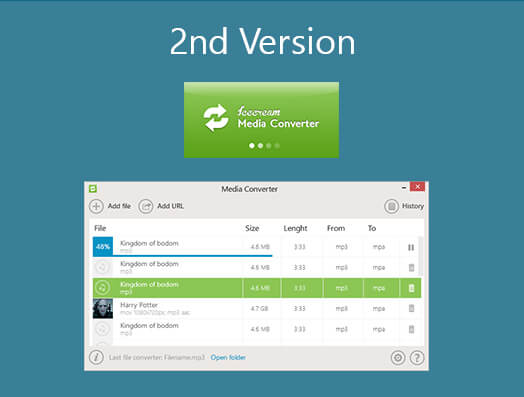 3rd Version
This version of Icecream Media Converter strongly reminds us of its final version. It’s high time for the branding to appear and in addition to that you can see additional windows have appeared with the significant improvements in the program’s functionality. 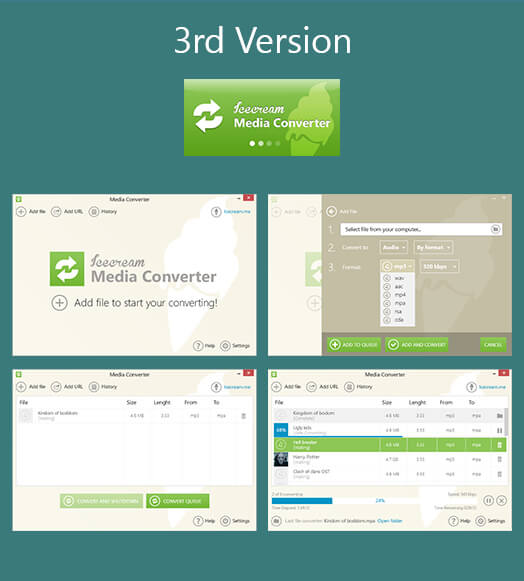 4th Version
It is clearly seen from the picture that this version looks a lot like the release version of Icecream Media Converter, however not all the colors and details are thought through. For example, in this version, before the conversion of added files, users were allowed to select custom bitrates for the output files, which doesn’t go with the current Icecream Apps’ concept of the creation of software: simple to use for everybody. Since bitrate is something that not each and every user wants to set, we later on substituted it with four levels of quality to choose from. 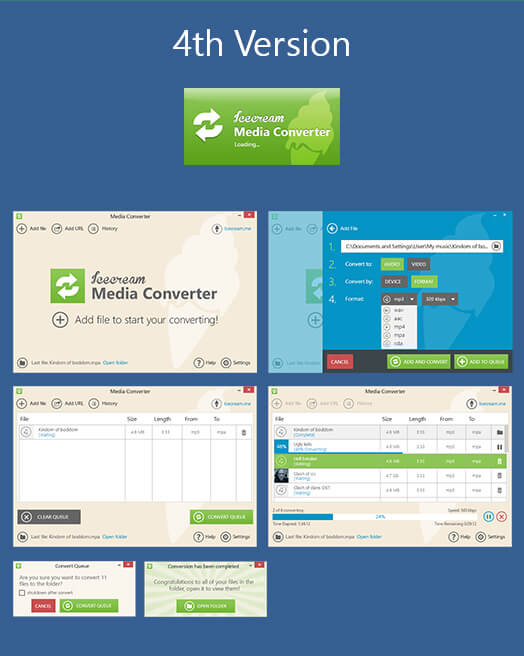 5th Version
And here is the final version of Icecream Media Converter. All the colors, details, branding and functionality are now improved and taken to a whole new level. As you can see, the first version of this program has nothing to do with the last one. 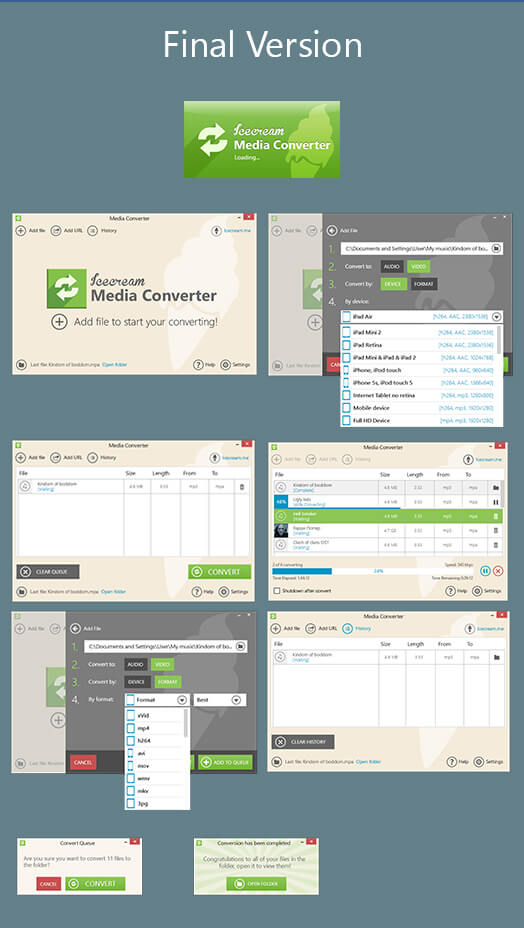 For us, software development is not just work, it is a long process of creating something valuable and helpful from scratch. All members of our team try their best to bring new ideas in order to come up with a satisfying program that looks great for everyone.