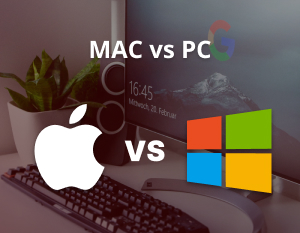 PC’s and MAC computers are the two main types of device we associate with personal computers. Thus, we decided to dedicate this article to Mac vs PC battle. For decades, these two products have striven for market dominance and both have a steadfast group of ardent supporters. There are those who stick with Apple computers and see the Mac as the pinnacle of computing. Also, there are those who would never even consider using a Mac and prefer to stick with Windows computers.

But which is the best choice? Is there a clear winner? Is one type of personal computer more suitable for certain uses? This is a long-debated argument and for some there is no clear winner. To try and shed some light on this, we have created a side-by-side comparison for the PC vs Mac topic. We look at important considerations including security, price, and available software.

Security is a huge consideration, especially if you regularly intend to use the internet and work online. It is well-known that Mac computers are seen as the more-secure option. Generally, they have less vulnerabilities. Also, global statistics show that Apple computers receive far fewer viruses on average compared to PCs.

For PCs, the majority of users will have a version of Windows installed. Although Microsoft has taken great lengths to improve native security for Windows PCs, they still have more potential vulnerabilities than Macs. We are not saying that Windows computers are unsafe, but you must take more precautions and ensure that you have anti-virus software installed as a minimum. Having a powerful antivirus software is a must on any Windows computer. 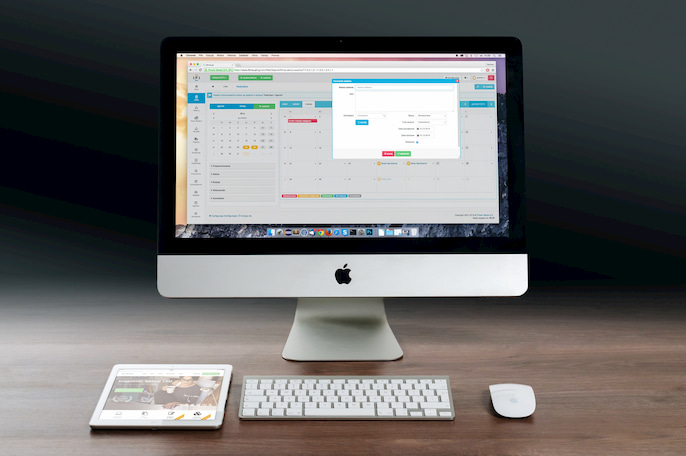 Price is also important – many people only have a set budget to spend on a computer. If you do only have a low budget, most Mac computers will be out of your price range. Apple computers are notorious for being vastly expensive, especially compared to PCs.

You can buy a Windows computer with a reasonable set of components for much less than a similar-spec Apple computer. However, Mac computers are generally better built and have more durable components.

If you can afford to splurge, there are both expensive PCs and Macs. Custom built gaming rigs, for example can costs thousands, especially when they have advanced graphics cards, processors, and cooling units. To conclude, for budget and mid-range computers, PCs are much more affordable. However, at the high-end, both PCs and Macs can be expensive.

Operating systems are generally personal preference. Some people will only ever use Windows, whereas others love macOS. It is more a case of sticking with what you know, or testing the operating systems and finding which you are more comfortable with. Don’t forget to periodically update drivers on your computer to boost its performance. 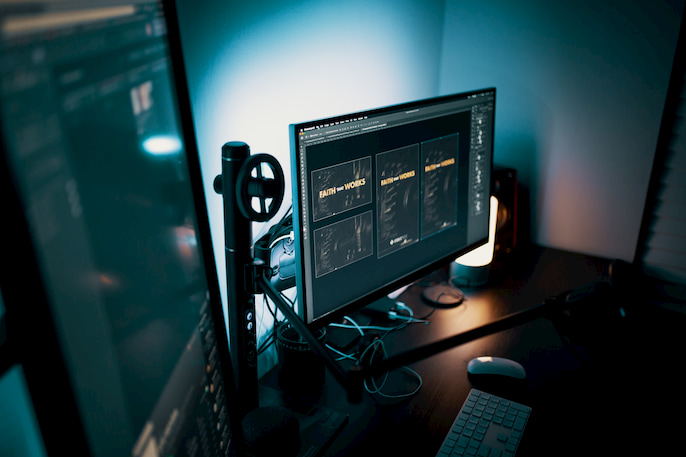 Next, you must look at what you can actually do on Mac or PC. Remember that software and games are not always universally available for every type of computer or operating system.

We feel that Windows computers win this section hands-down. PCs have a much large range of available software and games. Software developers and game producers can sell many more copies through PCs and Windows OS, as PCs are the dominant type of computer. As a result, Mac versions of software and games are not always available, or are developed as an afterthought.

In recent years, Apple has boosted the reputation of Macs and there is a greater range of programs available, but PC is the clear winner in this situation.

As stated above, the build quality of Mac computers is superior to PCs. This is partially why Macs are much more expensive than standard PC builds.

However, on the flip side, Windows computers offer far greater customization. You can custom build a PC from scratch and purchase virtually every component separately including the case, CPU cooler, and motherboard. This means you can build a PC to suit your exact specifications and needs. If you want a powerful PC for 3D modelling, for example, you can slap in more RAM.

Apple computers simply don’t have the same level of customization. You can purchase different varieties of Macs and have different components, but you can’t custom build them to the same degree as a PC.

Finally, you must also look at the potential repair costs. No one wants to have problems with their computer, but it can happen.

Apple computers are relatively expensive and difficult to repair. This is because most of the components inside are integrated. Also, Apple has made it increasingly difficult for anyone but their own technicians to repair Macs.

On the flip side, Windows computers are much more versatile and cheaper to repair. The components are generally plug and play, and even someone with minimal technical knowledge can easily take out components. PC laptops are not as easy to repair, however, but neither are Apple laptops.

So which is the winner? Mac or PC?

We hope you have found this article useful. As you can see, there is much to consider when speaking about Mac vs PC. Aside from these above considerations, we also advise speaking to friends and relatives, and testing both types of device if possible.

But is there a clear winner? Unfortunately, not really. Both types of device have their pros and cons. For example, PCs are definitely the cheaper options and are the best choice for those who want a cheap computer for occasional usage.

Also, Windows computers offer much greater customization, and those wanting a custom gaming rig would never look at a Mac computer. On the other side, Apple computers are often considered the better options for graphic design and other technical work due to their high build quality, reliability, and performance. Mac computers also generally provide a more secure device if you work regularly with sensitive information.