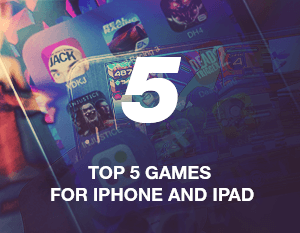 Welcome to a world of complete subjectivity. There are literally hundreds of thousands of iPad and iPhone games on Apple’s App Store, crossing all genres, from small developers to global publishers. In other words, your five best iPhone games may be entirely different to the next person’s. In fact, that is almost certainly the case.
Still, we wanted to tackle this subject and show you what we think are the five best iOS games. Of course, this could have been as easy as heading to the App Store charts and seeing which titles are currently topping them.
There are so many games to go through that we tried to cover different genres and even throw in a relatively hidden gem.

Yes, we said in the introduction that we did not want to head to the charts of the App Store and copy them, yet our number one selection is also number one in the charts. That’s because it is really hard to ignore Minecraft on any platform these days, such is the quality and popularity of the second biggest selling game of all time.
The thing with Minecraft is that it has become a cultural milestone, so it is hard to forget that at its core it is still just an excellent video game. As a building game, it remains the most liberating iPhone games, allowing you to build and create whatever your imagination can cook up. In free mode this can result in some truly epic creations, while in survival mode you can spend a nerve shredding night fending off monsters with what little resources you may have.
Arguably Minecraft’s biggest success is its community. Microsoft (publisher) has made the game cross-platform, so when you play online on iPad and iPhone you are playing with people on Xbox, PC, and other mobile platforms. Simple, effective, and completely addictive, Minecraft is something everyone should check out at least once.
Price: $6.99
Offers In-App Purchases: Yes 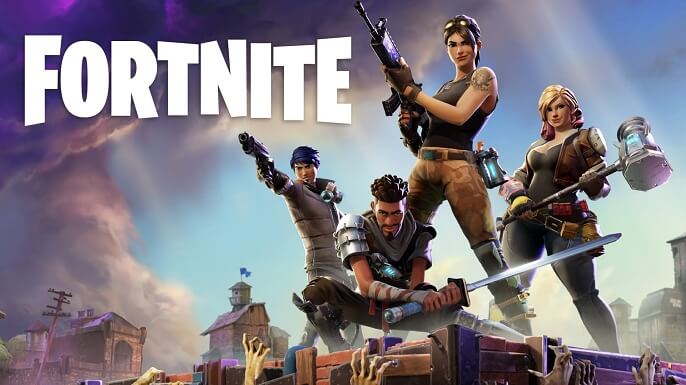 Yes, we’ve gone there. Possibly one of the most dividing iPhone and iPad games on this list is Fortnite, a title that delights and frustrates gamers in equal measure. On iPad and iPhone, the Epic Games survival, building, action MMO game is arguably not as intuitive as it is on console or PC. There is a lot happening on that screen, and the controls don’t always translate to touchscreens.
Yet, you still get the same experience of putting yourself against 100 other players each round and seeing who will win the game. Whether you play all guns blazing and look for action, or sneak around in a sort of survivalist horror situation, the game has a lot to deliver. You will also be playing arguably the hottest game on the market.
How long the fad will last remains to be seen. We’ve seen even the top iPhone games burn hot on mobile and simply fade away quickly. Considering Fortnite is a cross-platform success story, we doubt the same fate awaits the game. On the caveat that it certainly isn’t for everyone, Fortnite is something that action gamers should get much joy from.
Price: Free
Offers In-App Purchases: Yes 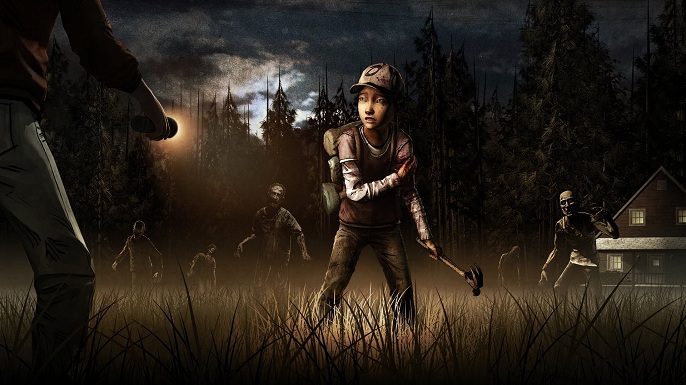 While many full console titles and gaming classics have arrived on mobile, there are some types of games that translate better to touchscreen devices than others. Titles with simple controls and story-based gameplay often thrive on iPad and iPhone, and Telltale released plenty of games that can be referred to as one of the best iOS games.. The company’s Walking Dead: The Game takes the popular comic and TV show and presents an original story-based gaming experience.
Using a simple point-and-click control scheme, Walking Dead: The Game is more about getting engrossed in a story than it is about gameplay dynamics. Broken into short episodes, you will make decisions that affect the plot of the game and will force you into several moral decisions. While not all-action, there is a certain tension as you become attached to the outcome of the story.
Telltale has turned its hand to other classic intellectual properties, such as Jurassic Park and Back to the Future. They are definitely also worth checking out, but it is Walking Dead: The Game that sees the company at its creative storytelling best.
Price: Free
Offers In-App Purchases: Yes 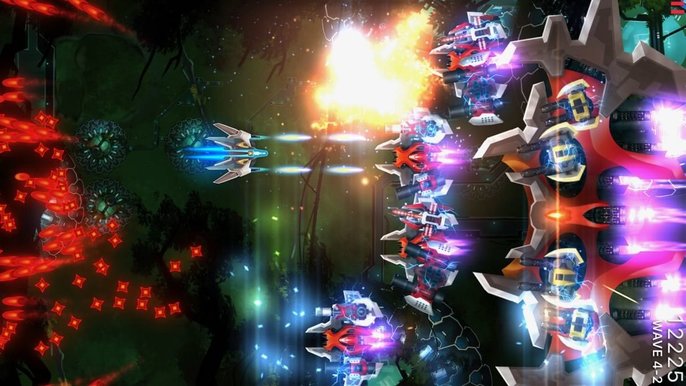 Perhaps not quite as popular as the other top iPhone games on this list, Phoenix is an excellent series of top-down space shooters that provide addictive kicks and collecting in abundance. We bundled the two games together because they are equally as good as each other, and very similar.
Your simple task is to fly your ship and shoot enemies that appear from the top of the screen, defeating ever increasing levels of foes until you complete the level. While it is an action extravaganza, the Phoenix series is also about hand-eye coordination as you will have to navigate your craft in between bullets to avoid getting shot.
Like all the best iOS games, the Phoenix games can move from exhilarating to frustrating in an instant but will have you coming back for more. Part of the re-play-ability appeal of the series is that you can collect ships and make upgrades as you play. Maybe not as famed as other titles, Phoenix is something of a hidden gem that has plenty to offer.
Price: Free
Offers In-App Purchases: Yes

Marvel’s superheroes (Iron Man, Spider-Man, Thor, etc.) are hugely popular in cinemas, while DC characters (Batman, Superman, etc.) are struggling. In terms of iPhone games, those fortunes are mostly reversed. There are no definitive Marvel game experiences on iOS, but in Injustice 2, DC gets a game that is graphically amazing, excellent to play, and popular.
The first Injustice game crossed over from consoles and PC to mobile devices very well, giving gamers an excellent App Store fighting game. If anything, Injustice 2 ups the ante with better visuals and more dynamic gameplay. Take control of leading comic legends like Batman, Wonder Woman, Superman, and The Joker, and basically beat the crap out of your opponent… if you can.
If pummeling other gamers is your thing, Injustice 2 will have plenty to offer. This is a content-rich game that has a lengthy and engaging story mode coupled with excellent online multiplayer. Of course, most iPhone and iPad games (even the free ones) have in-app purchases, but the ones on Injustice 2 seem particularly obscene. It is not uncommon to have to pay $100 for some unlockable task. Ouch indeed.
Price: Free
Offers In-App Purchases: Yes

It is worth pointing out that iPad and iPhone have also become devices that deliver full gaming experiences. Publishers have brought console games to the devices to great success, such as the hugely popular LEGO games, the Grand Theft Auto Series, Need for Speed, FIFA, and many more. It is completely possible to turn your iOS device into a fully-fledged handheld gaming device and get plenty of high-end results. While our list focuses on more mobile-friendly titles, some of these current and classic triple A classic games are worth checking out. Try out the best VR games of 2018 if you are a fan of VR gaming as well.