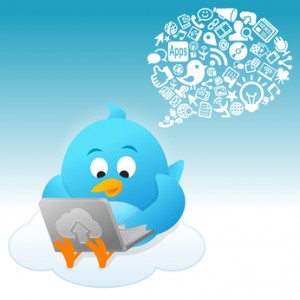 Twitter has been around for years, and although lots of highly entertaining and functional apps have been released since then, Twitter hasn’t lost its popularity. However, the original version of Twitter, where you can only post short messages and see an unorganized mess of posts, can’t satisfy the endowed and picky users of today. Twitter apps and extensions can give you a hand with that by offering lots of fancy options and breathing a new life into an old idea. Take a look at the list of best Twitter apps that we made after a thorough analysis of the existing diversity.

1. TweetCaster
TweetCaster offers a lot of options that your basic Twitter set lacks. For example, you can organize people and topics into groups or lists, search for tweets, check the stats related to your posts and people you follow, and more. Besides, the application features twelve fancy themes and allows you to post to Twitter and Facebook simultaneously. There is also a simple image editor that helps you add filters and effects to photos. Finally, with TweetCaster you can handle multiple accounts. Long story short, this is probably the most versatile and powerful Twitter app so far.

2. Castround
Twitter doesn’t naturally support a search by location, and Castround fixes this issue for you. After installing this tool on your mobile device, you will be able to select an area on a map and check all tweets posted on that selected area. It can be useful in case you’re visiting a new town and want to know what people discuss, or get the opinions about certain places in your hometown.

3. Twidere
If you don’t like Twitter’s original design, this Android application will allow you to personalize the interface in lots of ways. Particularly, you can pick a theme, change background colors, and much more. Aside from the visual part, you can customize the functions: toggle the count for unread tweets, the position of the compose button, and more.

4. Hootsuite
Your Twitter account is probably not the only social media app you use to connect with the world. If you also have Facebook, LinkedIn and Foursquare accounts and want to track them all with a single app, Hootsuite is a perfect decision. The app allows you to choose the streams to be shown and switches between them with a sideways swipe. This service offers both a free plan for users and two paid ones (Pro and Enterprise). With the free one you can manage 3 social accounts, with Pro, at $8.99 USD a month, you can manage up to 100 and with Enterprise, with a negotiated price there is an unlimited amount of social network included.

5. Carbon
Carbon is probably the most good looking and intuitive Twitter client so far. It’s nicely designed and surprisingly simple. The app isn’t overloaded with icons and buttons, which is a great thing for those who love Twitter and want to improve it without being overwhelmed by tons of functions. Unfortunately, this highly versatile app has now run out of tokens (which means new users are no longer accepted), but you can still get it when another user gives up the token.

Twitter is a variation of a diary, and all these apps we’ve listed will help you upgrade a good idea to an ultimately functional product.