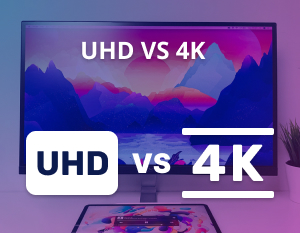 Resolution standards for TV and film are continually improving. Thus, knowing the winner of the UHD vs 4K battle is essential to stay up-to-date. In the last decade, we have seen a vast improvement in the quality of resolution, and as a result, the quality of displays like TVs and monitors.

Initially, 720p and 1080p were some of the first high definition resolutions available. However, these are becoming outdated and have been replaced my much improved resolution standards such as 4K and UHD. If you are struggling to understand the rapid changes in display resolution, we have created this simple guide to compare UHD vs 4K.

We look at the definition of both resolution standards, and see what they have to offer in terms of price, usability, and quality.

A Brief Introduction – UHD vs 4K

Before we look at 4K and UHD, it is important to understand what HD resolution is. HD stands for High Definition. It refers to higher quality resolution standards compared to older screen technology. Specifically, HD resolutions include 1280×720 (720p), and 1920×1080 (1080p). Compared to HD, UHD and 4K represent a significant increase in resolution technology. We already made an article dedicated to 4K vs 1080p so you can read more about these 2 resolutions comparison as well.

UHD is a digital video format, and it was first realized by the NHK Science & Technology Research Laboratories. It has been turned into a proper DTV standard outlined by the International Telecommunications Union. UHD resolution is a successor to HDTV (High Definition Television), which is in itself a successor to SDTV (Standard Definition Television).

4K is a term that originates from cinematography. It literally means 4000 pixels. When concerning screen resolution, it specifically means a screen with a horizontal resolution of 4096 pixels. Typically, 4K screens have a vertical resolution of 2160 pixels and sometimes this is referred to as 4K2K.

This is the true meaning of 4K, but nowadays, it is generally used to mean any screen resolution that is close to 4000 pixels horizontally. For example, a 4K UHD has a pixel resolution of 3840×2160. Oftentimes, 4K and UHD are used interchangeably. Also, 4K is quite common written as 4K UHD or 4K HD.

4K vs UHD: What to Consider When Choosing a Resolution Standard?

Now that you understand what 4K and UHD mean, we can look at if they are worthwhile technologies and whether you should consider investing in a TV or monitor with this resolution.

UHD vs 4K: How often will you use the screen?

Firstly, you should think how often you will use the screen. For example, if you are buying a new TV and are thinking about paying for a 4K model, how often do you watch TV? If you regularly watch TV, use streaming services like Netflix or Amazon Prime, a 4K TV could be a great idea to provide you with the ultimate viewing experience. Alternatively, if you do not watch TV often, and just want to replace an older model, paying the premium for a 4K TV may not be worth it and it is better to stick with Ultra HD. 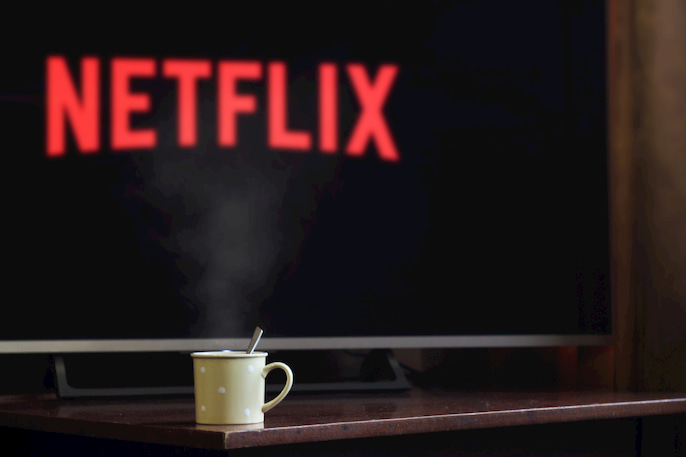 Similarly, if you need a new monitor for your computer, think about what you are using it for and how often you use it. For example, if you are a graphic designer of professional photographer, and you use video editing software and screen recording software on a regular basis you could benefit from a 4K UHD monitor so you can view your graphics or photos in the best detail and color recreation possible. Alternatively, if you just use your computer for occasional email checking, an 4K resolution monitor may not be worth it as UHD resolution monitor will satisfy your needs. 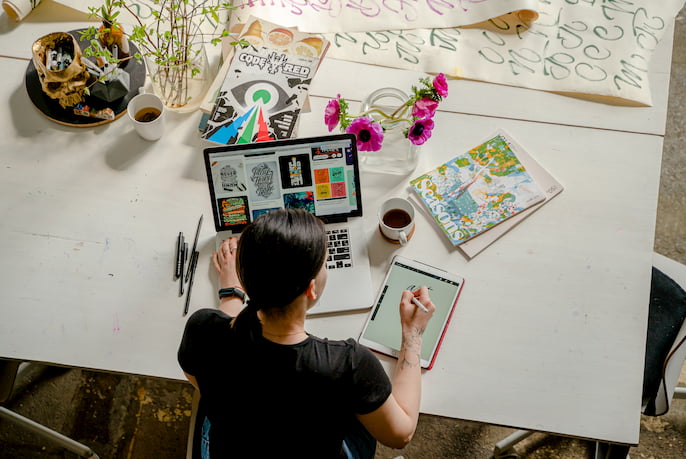 Next, you must consider the available budget you have. There is no denying that 4K and 8K TVs and monitors are more expensive than UHD screens. You can get a high-quality UHD TV or monitor for much less than a 4K or 8K model.

In time, this should change. Screen resolutions usually follow a common pricing trend and depreciation. For example, when UHD screens were first released, they were incredibly expensive compared to standard resolution models. Over time, however, their price decreased as the technology became more accessible.

The same should happen with 4K and 8K screens. They are relatively expensive now, but over time, their price should also decrease.

Finally, you should consider the type of content you watch and use. Remember that just because you have a 4K res device, that doesn’t mean that whatever you watch will be broadcast in that same quality. Not every movie, TV series, or computer game, for example, has been created in 4K resolution. It is worth considering, therefore, what 4K content you have access too, and how much of what you see the screen will be able to render at its highest display quality.

If the majority of your videos and images are not in 4K resolution then viewing them on UHD screen will not make any difference from opening them on 4K monitor.

4K vs UHD – The Important of Terminology and Standards

We hope you have found this explanation and guide useful. When purchasing any type of screen, it is important to understand the different terminologies, and differences in screen resolution standards. 4K technologies represent a huge leap in screen quality compared to HD. If you want the best quality TV or monitor, this is certainly the way to go.

However, as mentioned, it is important to consider different factors including your budget, how often you will use the screen, and what type of content you typically watch. Just remember that 4K and UHD are often used interchangeably but in essence, 4K and UHD-1 both mean any screen that has a horizontal resolution of 4000px or as near as possible.